Menu
“Taking care of one another as the world goes on around us.” -James Taylor

DOWNLOAD THE FREE APP & STAY MELLOW ON THE GO!

A compendium of audio essays dedicated to the magic in the world and music in our heads.

Entertain, Inform and Lift the Spirit

Paul McCartney told us, “Do some good before you go,” and my partners Greg Oganowski, John Styll and I took that completely to heart. After a big birthday a year or two ago it dawned on me “you are a lot closer to the end of this book than the beginning so it’s time to leave something in your wake that can continue to evolve and put a smile on a lot of faces.” This was the foundation for Mellowrock.com. Putting together this Commercial-Free, Tax-Deductible Non-Profit station was the perfect way for us to pool our talents and experience as an alternative to enthusiastic amateurs as well as corporate powerhouses. Corporations are in business … the business of making money. At Mellowrock.com, we don’t chase money … we chase happiness. We hope you find our “turn it on … leave it on” efforts artistic, intelligent, and as comfortable as your favorite fuzzy slippers.

In 1976, I had the good fortune to join CBS’s pioneering radio station KNX FM “The Mellow Sound,” as Music Director and later Program Director … right smack dab in the middle of Hollywood CA. KNX FM was very special as it had invented the “Soft Rock” format (although we found the term somewhat oxymoronic). When KNX FM added a record, the following day, scores of other stations across the country added it as well. So, to put it mildly, we had a huge impact and “broke” records left and right. During my tenure at the station, it became the sixth most listened to radio station in the U.S. (the first 5 being in New York). We broke revenue records and there was actually an amazing six week waiting period for new advertisers just to get on the air. The Mellow Sound was on in more retail establishments than ever, before, or since. Later, it was the model used to create the “Smooth Jazz” format. All of this was accomplished without contests, giveaways, loud obnoxious commercials and, amazingly enough, with very little self-advertising. It was entirely built on the strength of the programming, aka “the music”.

We love visiting the past … but don’t want to live there. That’s why we have included mellow artists and music that have been introduced over the past 40 years … music that fits the sound and attitude of this unique format. Mellowrock.com is an updated version of the original Mellow Sound KNX FM Los Angeles. Eighty-five percent of KNX FM was music and 85% of that music was in the form of produced 3-5 song sets. For 7 out of the 10 years of KNX FM’s heyday, I designed 99% of those sets which were then produced by our amazing production engineer/artists Marianne Jorgenson and Vin Degan. I dreamed it up and they brought it to a very artful reality. We produced 52 reels of these sets each and every month for years on end. It was quite a team. These sets were what made KNX FM stand apart from the others … and these sets are precisely what we are returning to Mellowrock.com.

Throughout my 50+ year radio career, I have never stopped producing this type of sonic creation as radio was too limited for my personal musical tastes. Mellowrock.com contains about 40 years of this type of my audio essays. Calling them “mix tapes” wouldn’t be invented for a decade or later.

Our audio genius partner, Greg Oganowski brought the world the “Optimod” a sound processor currently used by nearly every FM station around the world. That’s just one reason Greg’s clients today include Google and Apple to name just a couple. Greg went thru hundreds of the KNX FM reels and digitally remastered them so we could include them in Mellowrock.com. Most importantly, Greg’s cutting-edge audio technology is providing Mellowrock.com with the cleanest, most transparent audio currently available. Don’t take our word for it … just listen! Oh yeah … the title/artist metadata has no lag either … it is instantaneous.

Partner John Styll went thru many of the “Mellow Sound” reels that could not be salvaged and meticulously recreated each one, note for note and beat by beat. This is another unique feature that makes Mellowrock.com like no other station. John also creates many of his own set stylings which have been featured in our large library.

That’s our story and we’re sticking to it … enjoy

An online radio station where the classics meet the best in today’s mellow rock.

We have an insanely large and varied music library. You’ll hear classic artists such as:
And many other artists that promise to expand your horizons!

Hey friends! Mellowrock.com is listener supported radio … however, unlike Public Broadcasting we try not to pester you! … that’s why you don’t hear on-air commercials or long- winded pledge drives. We happily bring the music to you free of charge … it’s our gift to you … that way EVERYONE gets to listen. If you like what you hear, please consider an ongoing or a one-time donation.

Choose from Monthly or One-Time Donations!

* Processed through our parters at Planet Pootwaddle TECH WIZARD & THE REASON WE SOUND SO GOOD! 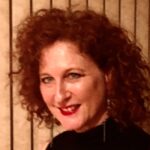 Think you can make a better playlist? Tell us about it using our handy-dandy contact form. Maybe we will use it and give you credit for it.
Instagram Facebook-f Twitter
Tweets by PlanetPooty
Thanks... Let's get back to the tunes